A railroad with more than 400,000 total annual employee work hours must comply with subpart I (Annual Reports) regarding any contractor employees it integrates into its alcohol and drug testing program under this part; and if a contractor establishes an independent alcohol and drug testing program that meets the requirements of this part and is acceptable to the railroad, the contractor must comply with subpart I if it has 200 or more regulated employees.

A person who performs covered service (subject to hours of service laws) functions at a rate sufficient to be placed into the railroad's random testing program. Categories of personnel who normally perform these functions are:
• Trainmen
• Conductor
• Switchmen
• Locomotive hostlers/helpers
• Utility employee
• Signalmen
• Operators
• Train dispatchers

Maintenance of Way
Also, a person who performs a maintenance-of-way/roadway worker function (as defined in 49 CFR Part 214) who are employees or contractors of a railroad, has a potential to foul the track, and perform a regulated function such as: 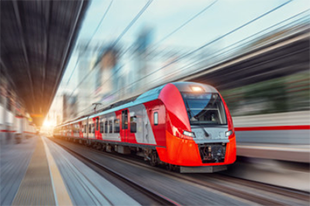 Hours: We are open M-F 8am - 5pm. We close for lunch 12pm-1pm. We take walk-ins until 4PM. Appointments are not a requirement.